maybe Harry can give you an answer, 'cause Henry isn't always telling truth.
Once he told me he had seen many millennium falcons at Knuffingen airport trying to catch some

Some people are telling I have been sewed by young women in China. Of course, that's fake!
The fact is, I have some international relatives. For example the famous Cptn Blackbear or Henry Morgan.
That's the reason why I am a member of the well known Royal Yacht Club. 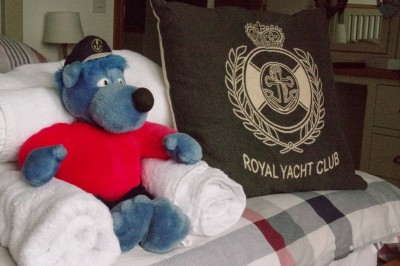